As a lot of sex work falls outside the law, many people believe that sex workers don’t have any rights. In reality, this is simply not true. Like all people in the UK, sex workers have a range of rights that are designed to keep them safe and ensure they get access to the help and support they need.

Campaign to change use of word prostitute to sex worker

Words used to describe women working in the industry conjure up mainly negative images and a lot of people make judgements and assumptions without knowing anything about the person behind the label. So, sex workers’ rights advocates are calling for the press to stop using the term ‘prostitute’ and use ‘sex worker’ instead. 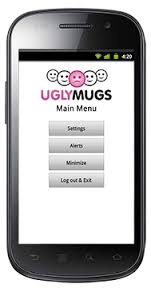 Companies and individuals around the world have created a range of apps covering a variety of topics, with some apps aimed at customers looking for sex and others designed for sex workers themselves.

The Rise of Student Sex Workers

With rising living costs and tuition fees affecting students across the country, this may explain why more and more students are turning to sex work to fill the gap in their finances.

Sex Work in the Media

As the world’s oldest profession, it’s no surprise that the public have always had a fascination with sex work. As a result, countless books, films and TV programmes revolve around or feature sex workers, though the way that they are portrayed in the media is probably very different from the reality of most people working in the industry.